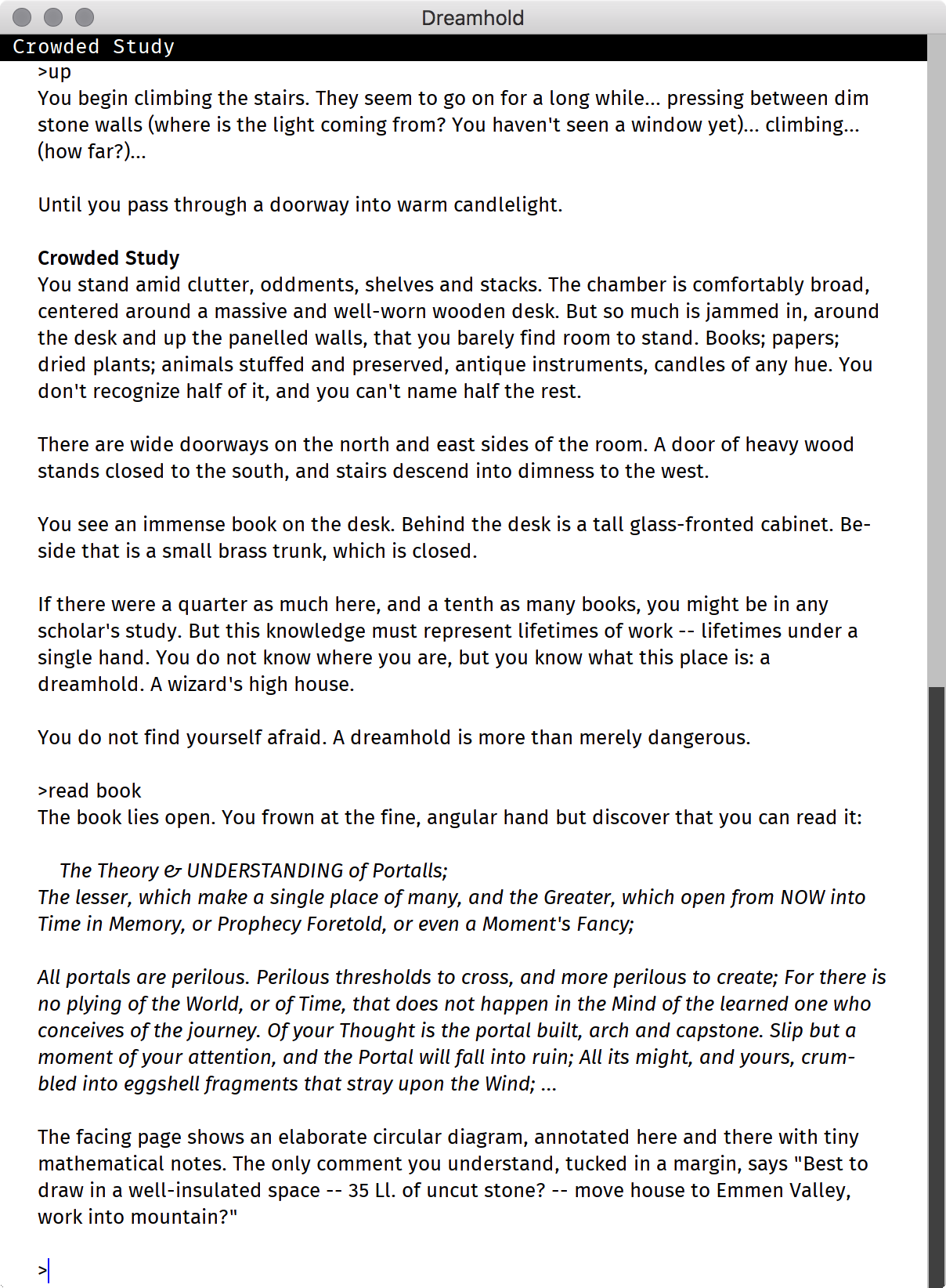 Fizmo provides a Z-Machine interpreter development library in plain C along with ncurses-, SDL2- and console-based frontends, supporting Z-Machine versions 1 to 5, 7 and 8.

That means it allows you to play interactive ficiton, also known as textadventures, which were implemented either by Infocom or created using the Inform compiler on a terminal, or to develop your own interactive fiction front end in C or any C-related language like C++ or Objective-C.

Fizmo is currently available as a stable version 0.8.5, released on September 10, 2017. Development began about mid-2005, with the first official version 0.6.0 being released on March 28, 2009. Version 0.8 introduced the SDL2-based interface along with proportional font display, sub-pixel rendering and support for Hi-DPI displays.

In the context of the Hadean Lands Kickstarter project, Andrew Plotkin has implemented iOS-fizmo which allows authors to package their games for the Apple App store. As an example, he also implemented The Dreamhold for the iPhone and iPad, as well as Shade – see also Reviews-on-the-Run's Shade impression – and Heliopause. There's also Jason McIntosh's adaption of The Warbler's Nest.

fizmo was written from 2005 to 2017 by Christoph Ender. Most of the GLK-interface was written by Andrew Plotkin.

Any kind of feedback is welcome. Please send comments to fizmo@spellbreaker.org.